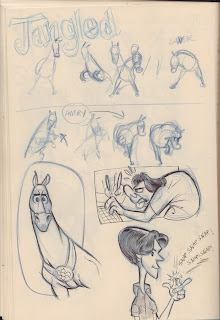 This one has included a self-caricature of me on my normal work pose. And also a caricature of director Byron Howard, who introduced a new form of applause to our team , the" snap-plause" used only when the shot is NEARLY approved but not fully approved. 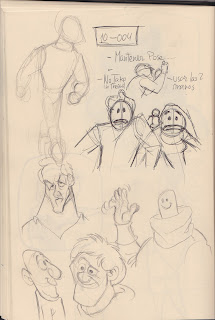 Here are some explorations for a shot in the Thug pub scene, and also some random characters. 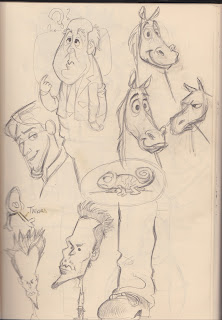 This page includes a caricature of Chad Sellers ( down) 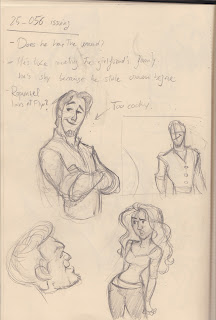 Some explorations for a pose for Flynn, also on the left a bad caricature of director Nathan Greno , and a sketch of a girl based on Penny from "the big bang theory"( I know , it has nothing to do...my sketchbook is really unorganized..!) 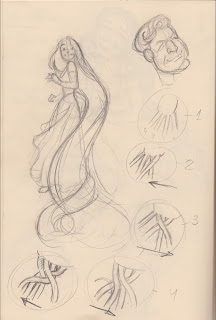 Here I was learning how to do a braid, using the internet as a source of information. 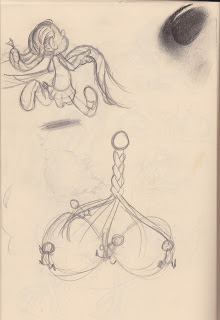 Some ideas on the trajectory to be used for the scene where four little girls braid Rapunzel´s hair. 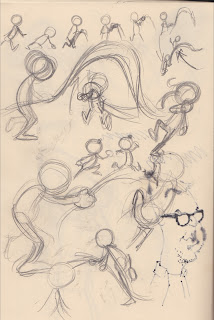 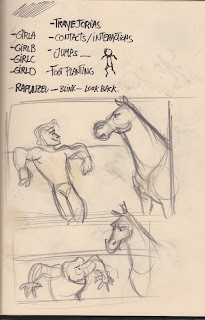 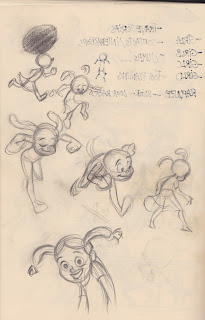 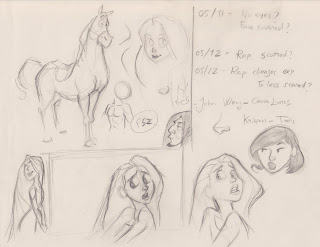 thumbnails for Rapunzel , and some other random stuff.

These thumbnails where used for a test shot, never used in the movie. 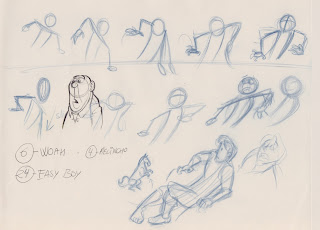 These stick figure thumbnails are very helpful for planning complicated actions, this is  a moment where Flynn is scared of Maximus , who tries to catch him. 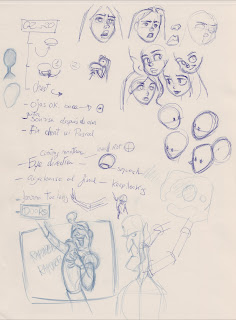 This is an example of notes taken during dailies, sometimes other random stuff comes in.. 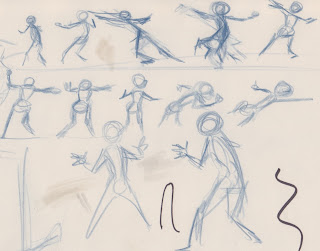 stick figure studies for the movement of Rapunzel trying to stop Maximus. 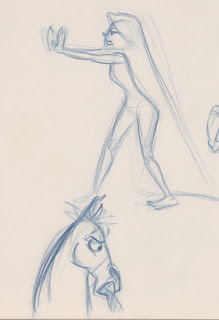 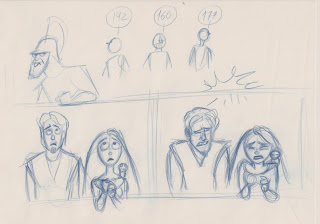 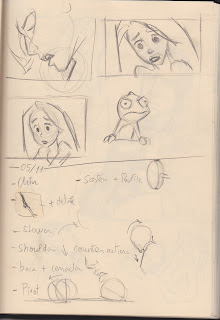 This was one of my firsts assignments on the movie 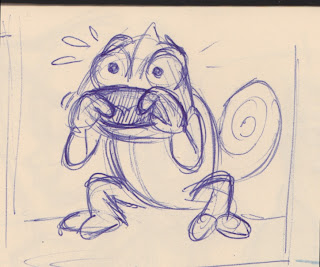 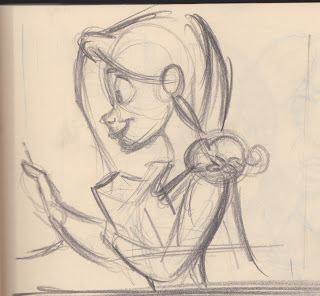 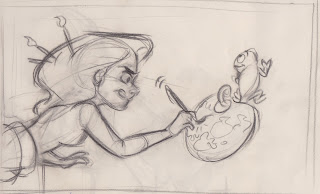